Going Back to the Roots: The Origin and History of Kratom 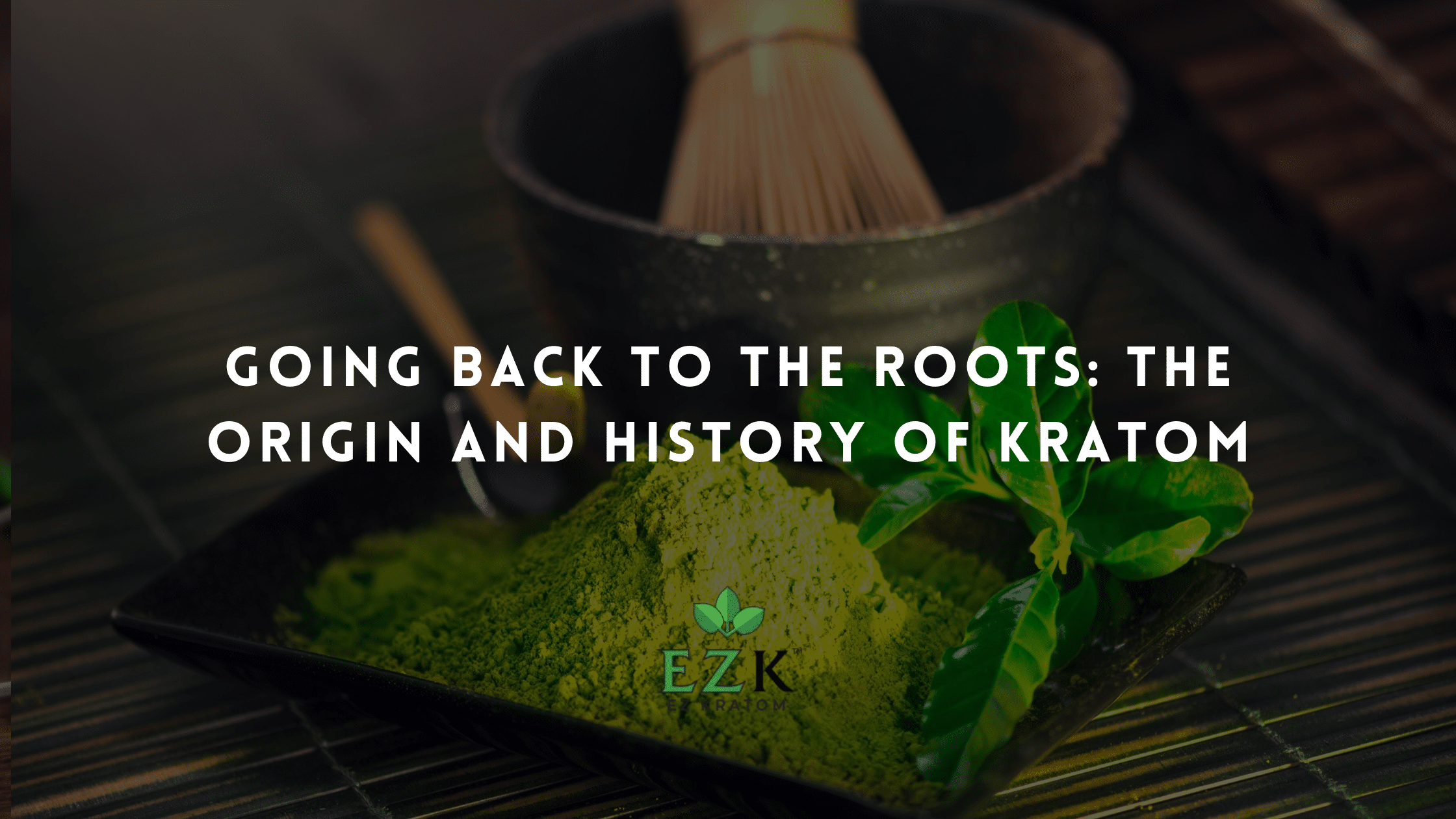 It’s estimated that there are between three and five million kratom users just in the United States.

You might have heard about kratom and some of the controversy that surrounds it. While some people believe that this plant is harmful, millions of people are using kratom to relieve chronic pain without having to resort to prescription drugs.

But what’s the history behind this popular substance? Who first learned about its benefits? And when did people start marketing and selling it?

While using kratom to relieve pain and stimulate the senses is a fairly recent phenomenon in the United States, it has a long and storied history in other parts of the world.

Kratom has been used as a medicine, a stimulant, and even a religious tool for hundreds – and possibly thousands – of years.

Are you interested in learning more? Then continue reading and we’ll walk you through everything you’ll want to know about the history of kratom.

Before we delve into the history of kratom, let’s first go over what kratom actually is. First off, kratom is a plant that’s scientifically known as Mitragyna Speciosa.

The leaves of the kratom plant are typically dried out and then crushed into a powder.

Kratom first originated in Southeast Asia and is most often found in countries like Malaysia, Indonesia, and Thailand. This makes sense considering that kratom flourishes in tropical areas.

The “Discovery” of Kratom

Nobody knows for sure just how long kratom has been around. However, we do know that it’s been used and cherished by people in Southeast Asia for at least several hundred years.

There isn’t much in terms of recorded history surrounding kratom prior to the Dutch expeditions to Malaysia. Pieter Willem Korthals, in the mid-1800s, was the first known person to refer to kratom in Western literature. He came across the plant while working for the East India Company.

Near the end of the century, kratom was again being mentioned in Western literature, this time as a more affordable alternative to opium. In the 1800s, opium was extremely popular in Thailand and Malaysia. Because of its popularity, it soon became expensive and consumers started looking for more affordable options.

Many laborers utilized the benefits of kratom as a way to relieve themselves of constant pain. However, since those days, kratom has become banned in both Thailand and Malaysia. Most of the manufacturers of kratom today now base their operations in Indonesia.

Before Europeans arrived in Southeast Asia, kratom was fairly popular among the native populations. As we already noted, it was mainly used as an opium substitute and helped workers with chronic pain. With that said, people used kratom for other purposes as well.

Natives would also take the kratom leaves, or extracts from those leaves, and place them on wounds. They used this to heal their injuries and the leaves would also work as a topical anesthetic.

Kratom was also used to treat upset stomachs and coughs. Natives would even utilize the kratom leaf extracts as a method for treating stomach viruses and diarrhea.

In fact, kratom was so revered by the locals that it became part of their ancestral worship rituals too.

Pieter Korthals was the first person to classify the plant. However, kratom wouldn’t receive its official name of Mitragyna Speciosa until 1859, after having gone through several name changes.

Europeans first noticed that kratom could be used as a substitute for opium in 1836. Doctors then tried using kratom as a way to help people fight opium addiction.

A British botanist by the name of L. Wray decided in 1907 that he wanted to turn kratom into herbal medicine. He sent samples of kratom to a friend at the University of Edinburgh. This friend was able to isolate strains of kratom so that they could be medicinally used.

By the early 1920s, some of the psychoactive components of kratom were finally identified. Then, I. H. Burkill remarked in 1930 that kratom could be used to relieve symptoms of diarrhea and other stomach problems.

Today, kratom is identified as a controlled substance in many countries or is even banned outright. It’s still legal in Indonesia but banned in many other Southeast Asian countries.

Interestingly enough, kratom is completely legal in the United States, although many people are trying to get that changed. Most of these kratom critics know very little about the substance, where it comes from, or the history behind it.

With that said, you should be aware of your local and federal laws before you purchase kratom. The FDA has already tried to get kratom banned in the United States, sometimes by using misleading and unethical tactics. Because of this, it’s important to stay vigilant with regards to the laws surrounding kratom.

Understanding the History of Kratom

Kratom is a substance that has helped a lot of people over the years. By understanding the history of kratom, and its original purposes, we can better appreciate this plant as a whole.

Are you looking to purchase kratom powder? If so, then contact us today and see what we can do for you!