Everything You Need to Know About the Kratom Plant 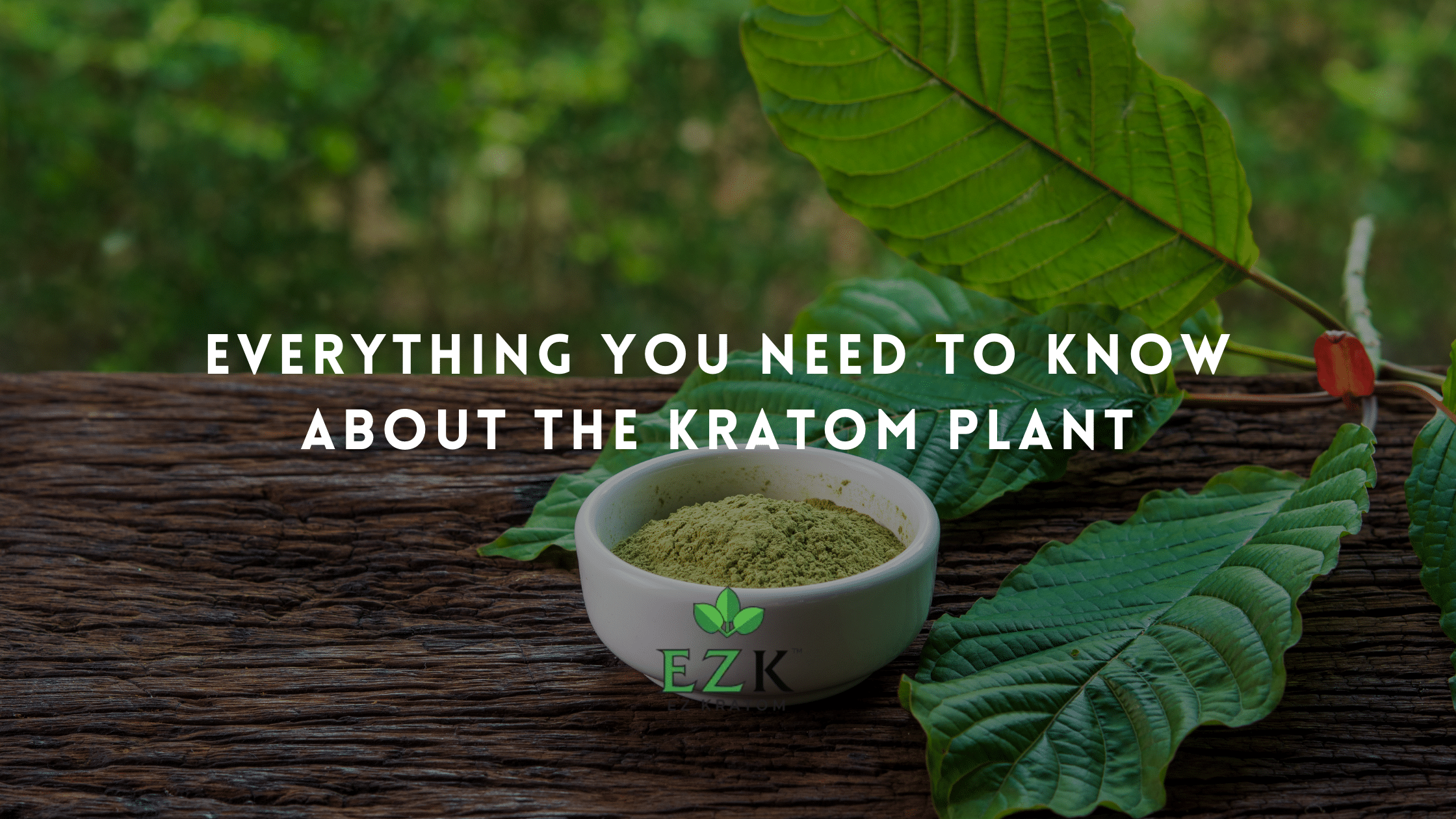 Have you heard about the mysterious, southeast Asian plant known as Kratom?

It has recently hit the rest of the world with a bang, but many of its properties and history are still relatively unknown. Many people have started to import it and sell it, and you may be wondering what all the fuss is about.

If you want to know all about the Kratom plant, then have no fear. Below, we provide a need-to-know guide on the history of Kratom.

Where Is Kratom From?

Kratom is a plant grown in Southeast Asia, particularly the warmer, humid countries such as Indonesia and Malaysia. It is an evergreen tree, cultivated all year round. The leaf will give a different color during these cycles, which many people know as the strains of kratom—red, white, and green.

Its scientific name is Mitragyna Speciosa. It is part of the same flowering plant species as coffee and has was historically used in a very similar way.

In ideal environments, the plants have grown up to 100 feet high. However, a more likely average estimation is for a plant to grow around 13 feet. It has a tall trunk and far-reaching branches.

The kratom tree is more fabled for the leaf it produces. Once the tree reaches a mature age, leaves from its branches get farmed. They are then either sold raw or are or ground into powder.

The first known use of Kratom cultivation was as far back as 1831 in current day Thailand. However, people in the region had been allegedly farming it for thousands of years.

Kratom in the West

In 1831, the Dutch Botanist, Pieter Korthals, began his study of the plant. By 1839, he had classified it with its scientific name of Mitragyna Speciosa. British surgeon George Haviland finalized the name.

The first real study of the plant and its alkaloids was at the University of Edinburgh in 1907. Here, they managed to isolate the alkaloids and further study their properties. By 1930, a lot more was known on the plant, and studies were conducted on its composition and makeup.

In the 1940s, as more medical research came to light about its properties, it started to be outlawed. In 1943, it was criminalized in Thailand, with sentences for both possession and anyone selling. Thailands neighbors Malaysia took longer to act, illegalizing it in 2003.

Today kratom is legally sold in many places around the globe while being outlawed in others. Read our blog for more specifics on where kratom possession is legal or illegal.

Kratom plants differ depending on the location and climate they are grown in. That is why many have names that incorporate their geographical origins, such as Malay and Java. However, the colors that people associate with strains of Kratom are not actually from different plants.

Green, white and red veins are created by harvesting the leaves at different times of the year. The different color usually signifies a different alkaloid composition to that which would exist at other points in the plant’s life cycle. There are even strains such as Bentuangie, which undergo fermentation processes after harvesting, to change the chemical further make up.

Generally, white-veined kratom is harvested early in the life of the plant. Red-veined Kratom is considered mature, with green having almost reached maturity.

How to Grow a Kratom Plant

Growing a Kratom plant is not easy, but it can be done. This is mainly due to the climates it grows in, which tend to be humid, subtropical areas. Plants can be grown from both cutting and seeds, though both have quite low rates of success.

They are hard to grow in the west, as seeds need to be fresh, making importing them difficult. It is advised to plant seeds in a large cluster to increase the chance of one of them reaching a viable age.

Cuttings are just as fragile, as they are very susceptible to growing fungus, which causes them to wither and die. Even if they do survive this, they seldom grow roots.

The most successful method is to place it in a pot of nutrient-rich soil or peat. Seal this pot inside a plastic bag, and keep it out of direct sunlight until roots appear. Occasionally open the bag, letting the plant acclimatize to the low humidity.

Once the plants have grown, the care required is very minimal. They need a lot of food, so nitrogen-rich, fertile soil will keep them alive. They’re very sensitive to drought and require no drainage making it hard to overwater them.

Kratom is controversial, and the laws surrounding it vary from state to state. Many states have implemented their own laws, while in other states, it can be perfectly legal. Read our blog for more areas in the USA or globally that the leaf is legal.

Alabama, Arkansas, Indiana, Rhode Island, Vermont, and Wisconsin have all made it illegal to grow, sell or possess Kratom. After this, laws become extremely confused and muddled depending upon areas and state.

For example, most of California allows Kratom outright, except San Diego. Sarasota County has different laws from the rest of Florida. As you can see, you need to check carefully.

Check laws in your local state before purchasing Kratom plant products. Make sure to buy only from authorized retailers, and check online reviews to find the best types.

If you are looking for Kratom, E Z Kratom has a whole host of products for you to browse. We have quick, expedited delivery and a handy blog for help and advice. Stop by today and begin your Kratom journey with the webs best retailer.