Yellow Kratom 101: A Simple Guide to the Differences and Types 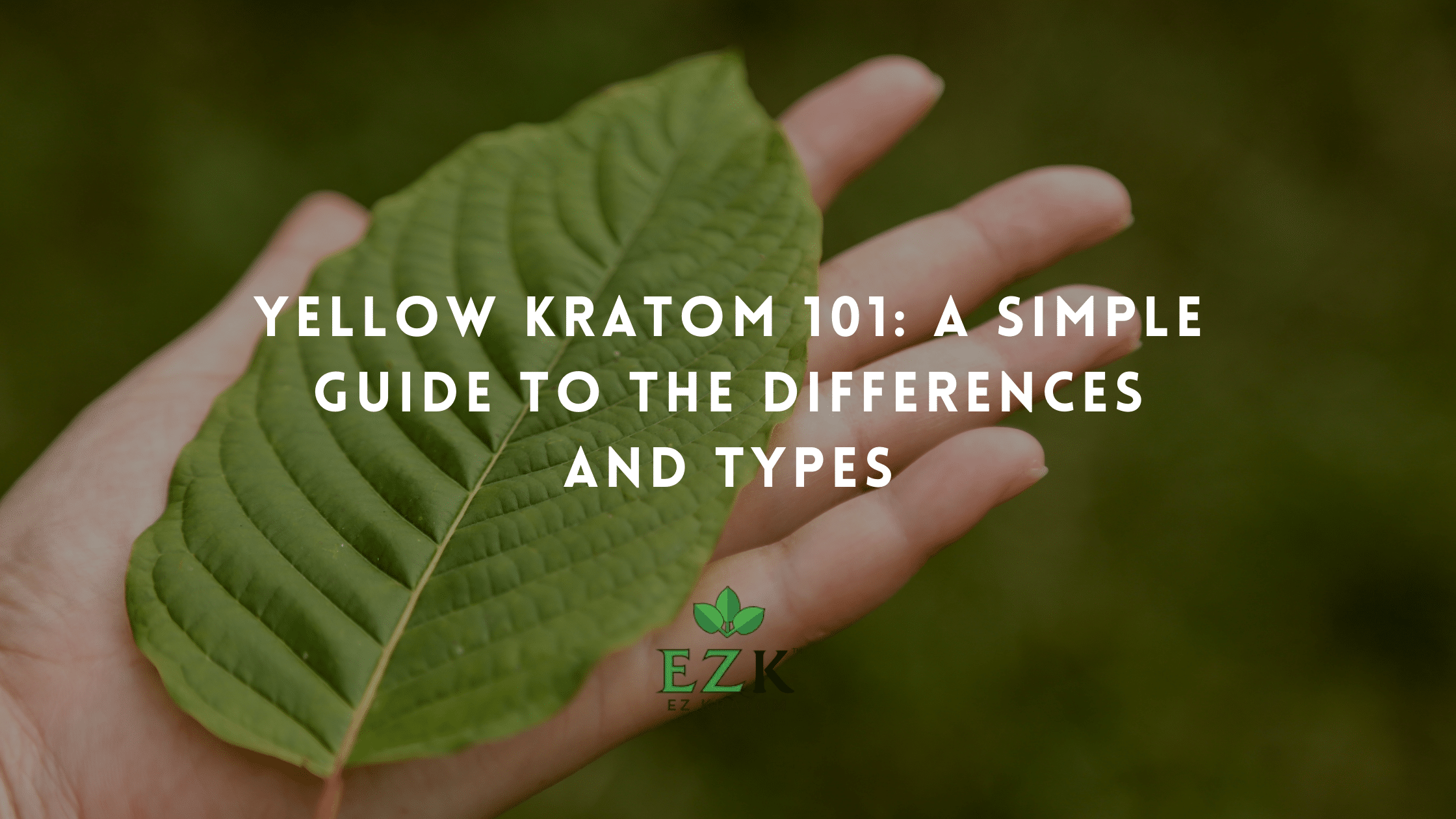 Believe it or not, mitragyna speciosa, or more commonly known as kratom, is a tropical tree. Kratom is becoming a more well-known substance in America.

Yet, there are still different types of kratom strains, and each one has its own characteristics. Each strain of kratom is grown and harvested differently. When buying kratom for the first time, it’s important to know what these differences are.

In this article, we will take a closer look at yellow kratom, and give you a simple guide to knowing the differences of each type of kratom.

Kratom is indigenous to Thailand, Indonesia, Myanmar, Papua New Guinea, and Malaysia. In these countries, it’s been harvested since at least the nineteenth century.

The main components in the kratom leaves are alkaloids mitragynine and 7-hydroxymitragynine.

Western countries import kratom from Southeast Asia. There are 3 known strains of kratom: red vein, white vein, and green vein. The most common kratom that’s farmed is of the red variety.

If you’re new to learning about kratom, the white vein strain is considered advanced.

Farmers harvest white vein kratom while the leaves are still young and the veins are white. Once harvested, the leaves are then dried indoors with zero light exposure.

As mentioned, one of the most popular strains of kratom is the red vein variety. It’s processed using lots of sunlight, and some ferment kratom during its processing to create bentuangie kratom. Bentuagie kratom is a slightly different variation on the standard red kratom.

Green vein kratom is the middle road option between white and red. Green kratom leaves are harvested when the plant is more mature, hence the darker coloring. Green kratom is first dried indoors and then moved outside to finish the drying process.

What Is Yellow Kratom?

Yellow kratom is the rarest strain of all. There is a lot of debate on where it originates from, and some say that yellow kratom comes from a leaf harvested at the later stages of growth. Supposedly when Mitragyna Speciosa’s tree is older in years, the leaves begin to turn a more yellowish hue.

By using a different drying technique, white vein kratom becomes yellow in appearance. Not only that, but its properties change as well. Yellow vein kratom is also ideal for those new to researching the plant.

Kratom Extracts and How They’re Made

Traditionally, extracting properties from the kratom leaf begins with boiling the leaf in water while continuously stirring the mixture with a wooden spoon. Some extractors might add juice from a lemon or lime to help strip the alkaloid compounds from the leaf.

After being boiled for 20-30 minutes, the mixture is cooled. Once cooled, the syrup-like mixture is strained and left to sit for 1-2 days in order to let the water evaporate.

Is It Legal to Buy Kratom?

The United States doesn’t regulate kratom, which means no government body overlooks the quality or guarantees the safety of kratom products bought in the U.S. Kratom is technically legal at the federal level. However, some states have banned the substance, making it illegal to sell, possess, or grow.

The states that have outlawed kratom are Alabama, Arkansas, Indiana, Rhode Island, Vermont, and Wisconsin. You can still purchase kratom legally in all other states.
Kratom is mostly sold at specialty shops, with the majority of it sold online from trusted vendors.

Due to little government oversite, issues with quality in the kratom industry are common. Certain “garage” vendors selling kratom in the United States import kratom from overseas and immediately distribute the product without any quality assurance.

A reputable wholesale supplier will ensure the quality of its product before shipping it out to its customers. A trusted supplier follows Good Manufacturing Practice (GMP). They are also oftentimes supporters of the American Kratom Association or AKA.

You can usually spot kratom that is not tested for quality by whether or not it has a lot or batch number.

Ready to Buy Some Kratom?

If you found this article helpful and want to purchase kratom for your online or brick and motor shop, you might find this article on payment methods useful as well.

And if you’re not sure yellow kratom is for you, check out our other kratom articles highlighting the various strains of kratom.