Is Kratom Legal in Texas? The Complete Guide to Kratom Regulations 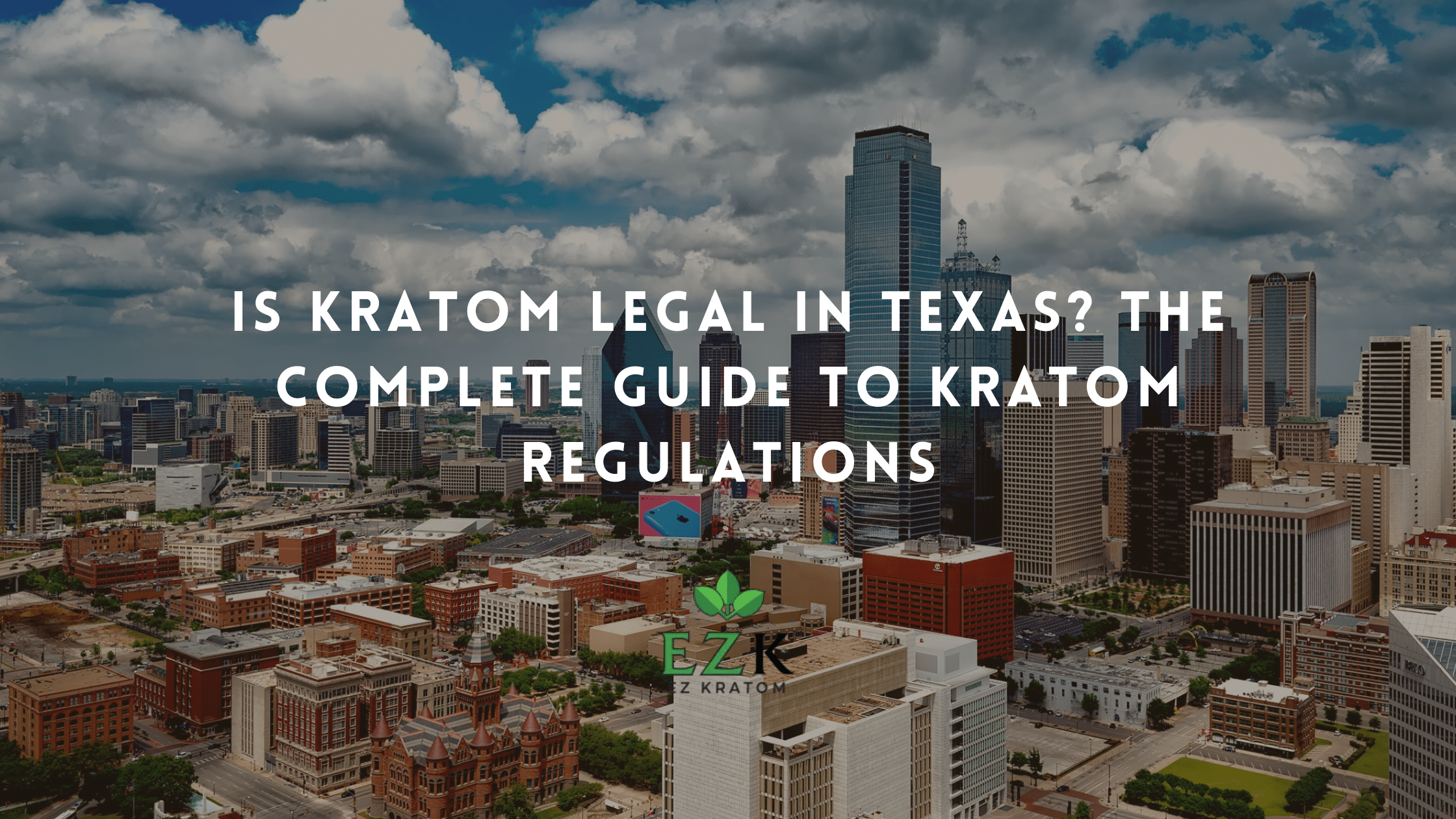 A recent study shows that less than one percent of the population in America buys Kratom. Up until recently, it has largely remained in the shadows behind other plant-derived substances.

However, as it has started gaining popularity throughout the world and the United States, it has caught the attention of state and federal regulations.

Many people who have an interest in Kratom might wonder, is Kratom legal in Texas?

Each state has different rules and regulations in place for Kratom – even compared to the federal level. If you want to learn more about the laws surrounding Kratom in Texas, then keep reading on for more information.

Before diving into Texas’ laws regulating Kratom, it is helpful knowing what Kratom is in the first place. This is a plant that holds its roots in Southeast Asia.

It is largely grown in Thailand and Malaysia. For thousands of years, local tribes and people in that region have grown Kratom.

Alkaloids are derived from the Kratom plant and are typically what has caused widespread debate. In fact, there are over 25 alkaloids from this plant.

Deriving these alkaloids follows similar processes seen in other types of plant-based substances.

In Asia, this plant closely follows the coffee family and despite recent efforts in banning it in Southeast Asia, it continues growing. Kratom thrives in humid and wet environments and grows naturally in these regions. Many of the local workers are part of the main reason it gained popularity.

Eventually, the widespread use of it in Southeast Asia is largely what eventually brought it into North America and Europe. However, it has gone through some legal implications outside of the U.S.

For instance, Thailand and Malaysia have both banned the use of Kratom. In 2018, Thailand partially lifted this ban for regulations of Kratom. Additionally, many European nations have also banned Kratom.

At a national level, Kratom first arrived in the United States approximately two decades ago. Since then, it has been heavily debated.

In the 2000s, it was listed as “concerning” by the U.S. Drug Enforcement Administration (DEA). It wasn’t until 2016 that it had plans of moving to a Schedule I drug.

Along with the plant, some of the alkaloids were also specifically listed. This included mitragynine and 7-hydroxymitragynine

A Schedule I drug means there are no medicinal uses and it poses a high risk of abuse. Other drugs under this category by the DEA are marijuana, LSD, and ecstasy.

However, if you go onto the DEA’s site and try and find Kratom listed under a Schedule 1 drug, you will find it is no longer there. After a short time frame – and public outcry – the DEA removed it.

For example, in Southeast Asia, it is likely you’ll find 7-hydroxymitragynine absent from their concoctions. On the other hand, up to 2% of dried Kratom plants have this alkaloid.

What makes the difference?

Some think that the dried version of Kratom creates these other alkaloids – specifically, the two mentioned in the DEA’s initial report.

Since the DEA took down the proposition for banning Kratom, the Federal Drug and Food Administration (FDA) has reached out to the World Health Organization (WHO). The FDA has proposed a global ban on Kratom that would affect multiple nations.

If Kratom shifts to a Schedule I drug, research will likely drastically decrease or stop altogether. Currently, nothing has been passed.

Is Kratom Legal in Texas?

So – what are the state Kratom laws? In most states, Kratom remains legal. In fact, there are only six states that have outright banned its sale. However, it gets trickier when you factor in districts and counties.

For instance, certain counties and cities in Florida have banned Kratom. Yet – both states have it legalized.

Currently, using Kratom in Texas is legal. Additionally, Texas does not have any regulations or restrictions within certain districts, counties, or cities. There are no current bills or legislation that have banned it.

Some are actually pushing for further regulation of it. In six states, the Kratom Consumer Protection Act was passed. It has not come to fruition in Texas, but in the future, there might be additional safety and distribution standards.

For that reason, buying Kratom in Texas is legal, but you should always exercise caution and find a reputable online Kratom vendor. This ensures that you have a quality product.

The future is unknown for the sale of Kratom in America. Ultimately, you need to also be aware of the state you live in and changing laws. Is Kratom legal in Texas?

For now, the answer is yes.

If you live in Texas and have an interest in Kratom products, then visit our site for more information. There are plenty of wholesale, quality products that can give you peace of mind when trying to find online vendors.