How to Pronounce Kratom 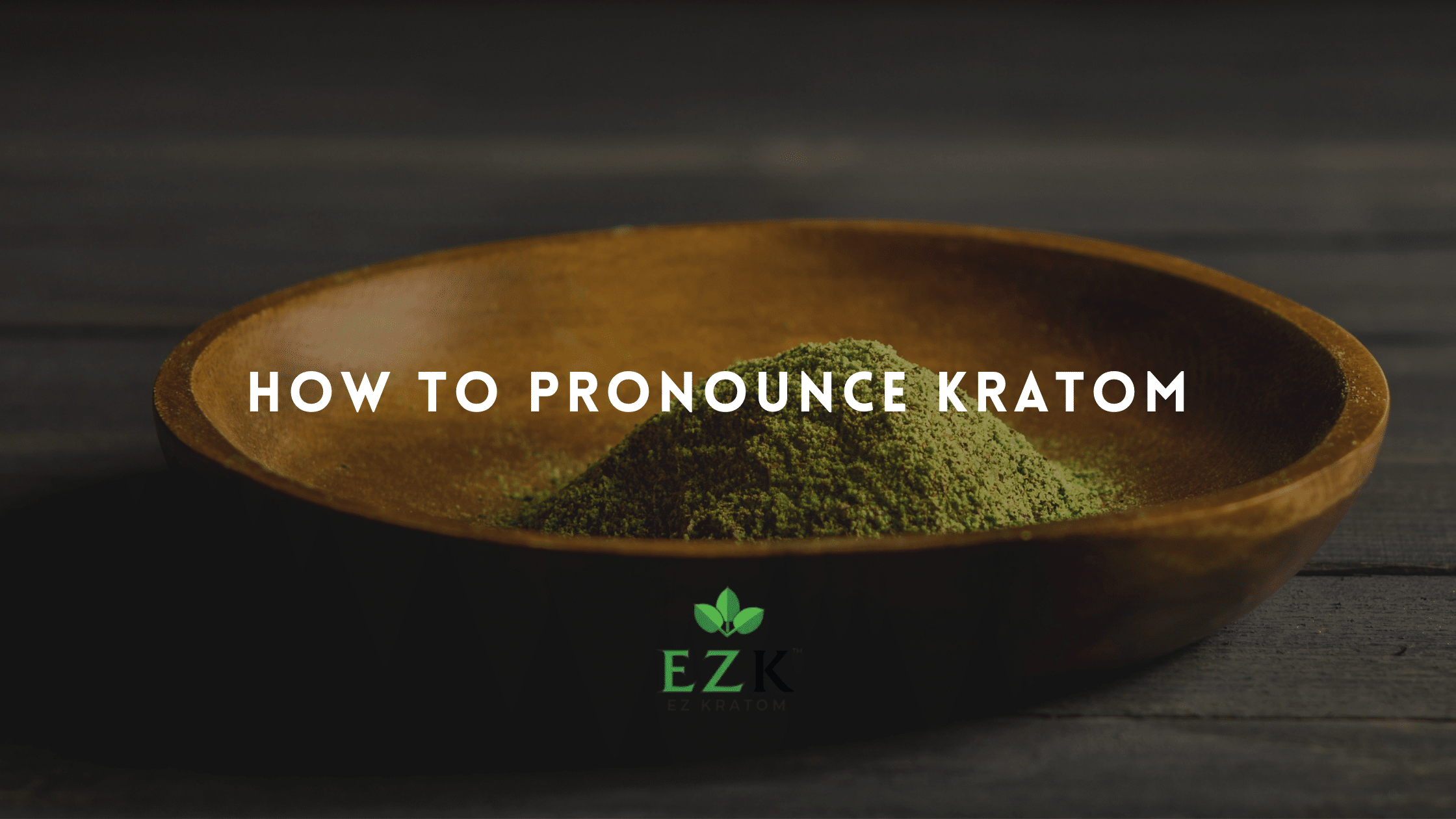 Is there a more crushing feeling of ignorance than when you pronounce a word wrong that you have only read and never heard? Some words are spelled like they were designed to trick you, like epitome, bologna, or colonel.

Kratom is like that. People mostly shop for it online, so they have probably never heard how it is pronounced, especially since most people don’t talk about it often either.

But as kratom gets more popular, that is going to change. If you want to learn how to pronounce kratom, before suffering the embarrassment of being corrected, this guide can help.

The Dictionary Does Not Help

People may be confused about how to pronounce kratom because kratom is not a native English word. It is actually a loan word brought over from the Thai language.

As a result, the Merriam-Webster dictionary, which is where most people would go to find information on pronunciation, does not include an entry for kratom yet. This isn’t surprising when you consider how recent American interest in kratom is.

Based on Google Trends, very few people were searching for kratom in America until 2015. Searches peaked the first time in September 2016, and then again in September 2018. Given this recent interest, it is not surprising that people are still arguing about kratom pronunciation

While the Merriam-Webster dictionary does not list kratom, the Oxford English Dictionary lists two potential pronunciations. These are the same two ways of pronouncing kratom that most American purchasers use as well.

The first is to pronounce it like “KRAT-om” which uses a short “a” sound that rhymes with “atom.” Most other languages use a short “a” when pronouncing A’s, so it isn’t surprising that this is a popular pronunciation in many places.

Most Americans, however, are used to pronouncing a long “A” sound, as in “KRAY-tom”. The basic rules of English pronunciation suggest that this second pronunciation would be the correct one.

The basic rules are really no help at all though. English pronunciation is notoriously haphazard, mostly because English is a mishmash of Latin, Greek, French, German, and Old English words. That’s why English might have the most words of any language, at least if you go by dictionary entries. Look long enough and you can find just as many words that suggest “KRAT-om” would be the proper pronunciation.

Because we don’t have a definitive dictionary pronunciation, and because English is so strange, it’s worth looking to some authority. The American Kratom Association, perhaps the largest kratom advocacy group in the country, pronounces it “KRAY-tom” in their videos.

In that case, if you want to follow authority, “KRAY-tom” is probably your safest choice. Still, no one can say you are wrong if you decide to go with the other option.

How to Pronounce Kratom in Other Countries

Again, kratom is not an English word, so it’s worth looking at how other countries that are more familiar with kratom pronounce it. Kratom is native to southeast Asia, predominantly Thailand, Indonesia, and Malaysia. You could argue that the pronunciation from these countries is more “correct” for that reason.

Malaysia is one of the largest exporters of kratom. In Malaysia, the R in kratom is silent. They pronounce it as “KEY-tum” (“key” rhymes with “tree”) or as “KAY-tum” (“KAY” sounds like “okay”).

On the other hand, people in Indonesian, another major producer, pronounce it as “krah-thom,” where “krah” rhymes with spa.

The last major producer of kratom, Thailand, pronounces it like “kruh-tome”, where “tome” is pronounced the same way as it is in English (as in the fancy word for a book). In Thai, however, K’s are unaspirated stops, meaning there is no puff of air with K-sounds as there is in the English. As a result, Thai K’s sound somewhere between an English G and an English K. Native English speakers are not used to pronouncing this noise.

Overall then, looking at foreign pronunciations does not provide a definitive answer either. English speakers would have a hard time reproducing some of them, and listeners may not recognize them either, especially if you dropped the R as speakers in Malaysia do. That’s a problem considering kratom is not very widely known in America yet.

There is a third option: you could sidestep this whole issue by using the scientific name for kratom, Mitragyna speciosa, instead.

Think back to high school biology and binomial nomenclature for a moment. Kratom is a tropical evergreen plant that is part of the coffee family, or Rubiaceae. Mitragnya is a particular genus of trees within that family, and speciosa is the specific species that refers to kratom.

Speciosa is pronounced like “species”. Just like kratom itself, Mitragyna has two accepted pronunciations: “mi-TRA-ginah” (with a long I) or “me-TRA-ginah”. It’s up to you which pronunciation you prefer.

Of course, using the scientific name has the same drawback as relying on some of the foreign pronunciations described above. If you mention Mitragyna speciosa, even people who are familiar with kratom might not know what you are talking about.

Actually, you could use that to your advantage. Any reputable kratom seller should be familiar with its scientific name. If they are not, that is a pretty clear red flag.

Because there is no definitive “right” pronunciation, you are pretty much free to choose whichever of the typical American pronunciations you like. You’re also free to pronounce kratom like they do in other countries, but you might have to repeat yourself occasionally if people misunderstand you.

Regardless of which pronunciation you choose, you’re now armed with enough knowledge to at least sound like you know what you’re talking about. To find out even more about kratom, like the different kratom strains, browse some of our other kratom articles.