Where Does Kratom Come From? What You Need to Know 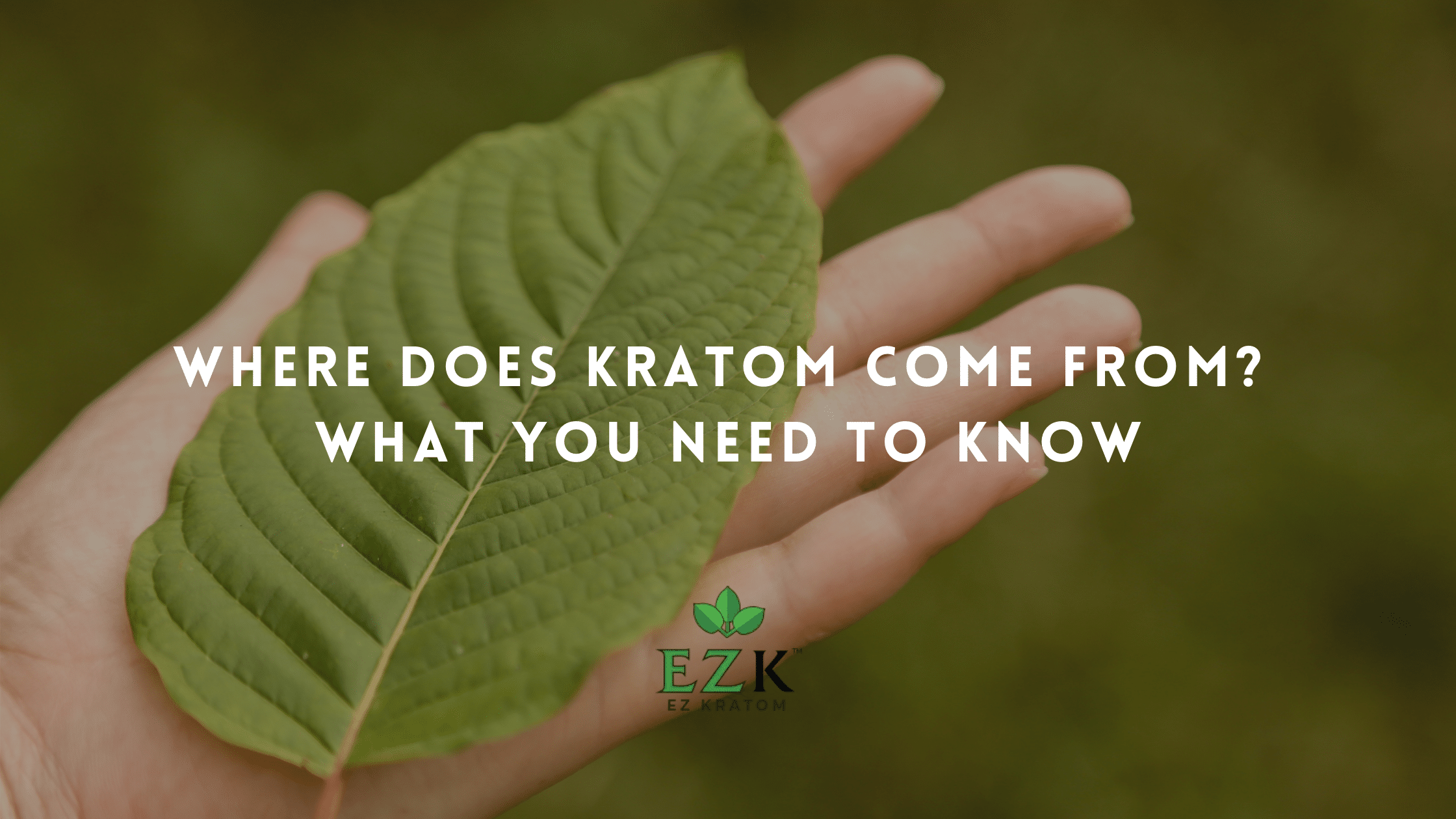 Kratom is a controversial plant, but its roots (literally) are quite deep worldwide. Less than one percent of people in the U.S. interact with kratom in any way, but that is mainly due to a lack of information surrounding kratom.

If people knew more about kratom and its history, would they understand why it has become more popular over the years?

So, where does kratom come from? Where is kratom found worldwide? How does kratom go? We’ll jump into all of the kratom origins so you can get the full scoop on this incredible plant.

Keep reading to learn about kratom throughout history and where it originates from.

Where Does Kratom Come From?

Kratom originates from Southeast Asia. If you want to get specific, this includes countries such as Thailand, Papua New Guinea, Indonesia, Myanmar, and Malaysia. It can also be found in the Philippines as well.

Its official name is Mitragyna speciosa. The plant itself is a tropical evergreen tree, included with the coffee family of plants. Mitragyna speciosa is an indigenous plant within the aforementioned Southeast Asian countries.

The first person to identify it to the Western world was a Dutch colonizer who was a botanist, named Pieter Korthals. In 1839, he named it Stephegyne speciosa, but kratom received its official and final name in 1859. Kratom also has a number of different names worldwide: thom, biak, ketum, and many more.

Right now, kratom is considered to be a controlled substance in about 15 countries worldwide. The primary countries that produce kratom nowadays are Thailand and Indonesia.

The origins of kratom are rooted in traditional medicine practices of Southeast Asia. This was done by removing the leaves from the tree and chewing them.

It was believed that kratom could help relieve pain but also promote appetite, energy, and even sex drive. However, nowadays there is no cohesive scientific link that kratom may help any of these things.

Still, as traditional Southeast Asian medicine, the people there used it long before it was named by the Dutch colonizer Pieter Korthals. They have their own cultural practices and uses for kratom.

Where Is Kratom Found?

Nowadays, kratom is still found primarily in Southeast Asia. Specifically, you can find kratom and the largest kratom exports from Indonesia and Thailand.

That said, even though it is considered a controlled substance in over 15 countries, it is still found in many, many others. Also, the United Nations Drug Conventions has not included it within any of its Schedules.

Knowing that, you just be sure to read up on the laws around kratom before you visit a country. Every country has its own laws and rules, so it is important to respect them.

As of now in the United States, it is not a scheduled, controlled substance. Kratom is consistently a topic of debate, though, and it may vary by state as well.

Kratom plants grow, and they grow tall. Since they are trees, some kratom trees can grow as tall as 100 feet. If you live in a tropical region, you could even try growing kratom. However, kratom does not grow well in non-tropical regions.

Kratom can grow in two different ways: from seeds or from leave cuttings. Unfortunately, both ways make it difficult to grow unless kratom is growing on its own naturally.

Kratom trees need a lot of space to grow. Without that, they won’t grow and reproduce as well or as much. It will take upwards of three years for a kratom tree to be fully mature. This is why when the tree grows in Southeast Asia, it can grow best.

Because kratom trees grow in a tropical environment, this means that there is a lot of rain to keep them satiated. The large amount of rainwater within Southeast Asia helps kratom plants grow.

In addition to the amount of rainwater, kratom trees also grow in areas of the world rich in soil. The soil is very acidic due to the minerals of regional volcanoes.

Kratom plants are luckily not grown on large pieces of bulldozed land. Instead, they are grown amongst all other natural plants. This helps encourage biodiversity and its growth.

While kratom plants can be grown in other places, it is difficult to do so. As said before, kratom trees cannot grow in non-tropical environments very well. However, some people do manage to grow them outside of Southeast Asia.

It takes a lot of time and incubation to grow kratom trees outside of their indigenous region. In addition, kratom plants will not grow very tall in places that are not tropical. Still, kratom can be grown in a greenhouse or among other foliage.

Again, growing kratom in any place other than Southeast Asia will be a challenge unless it is also a tropical place. This is why most kratom is imported from Thailand and Indonesia rather than being grown elsewhere.

Now you know more about kratom’s origins and history. It grows with ease in Southeast Asia, nowadays in Thailand and Indonesia, though it once grew throughout the region aplenty.

Its origins and historical usage lie in traditional indigenous medicine for the people of the regions it grows in, but it has grown in worldwide prominence recently.

Want to learn more about kratom and its different uses? Check out our available kratom products. Drop us a line if you have any questions!