What Is Mitragynine? Everything You Need to Know 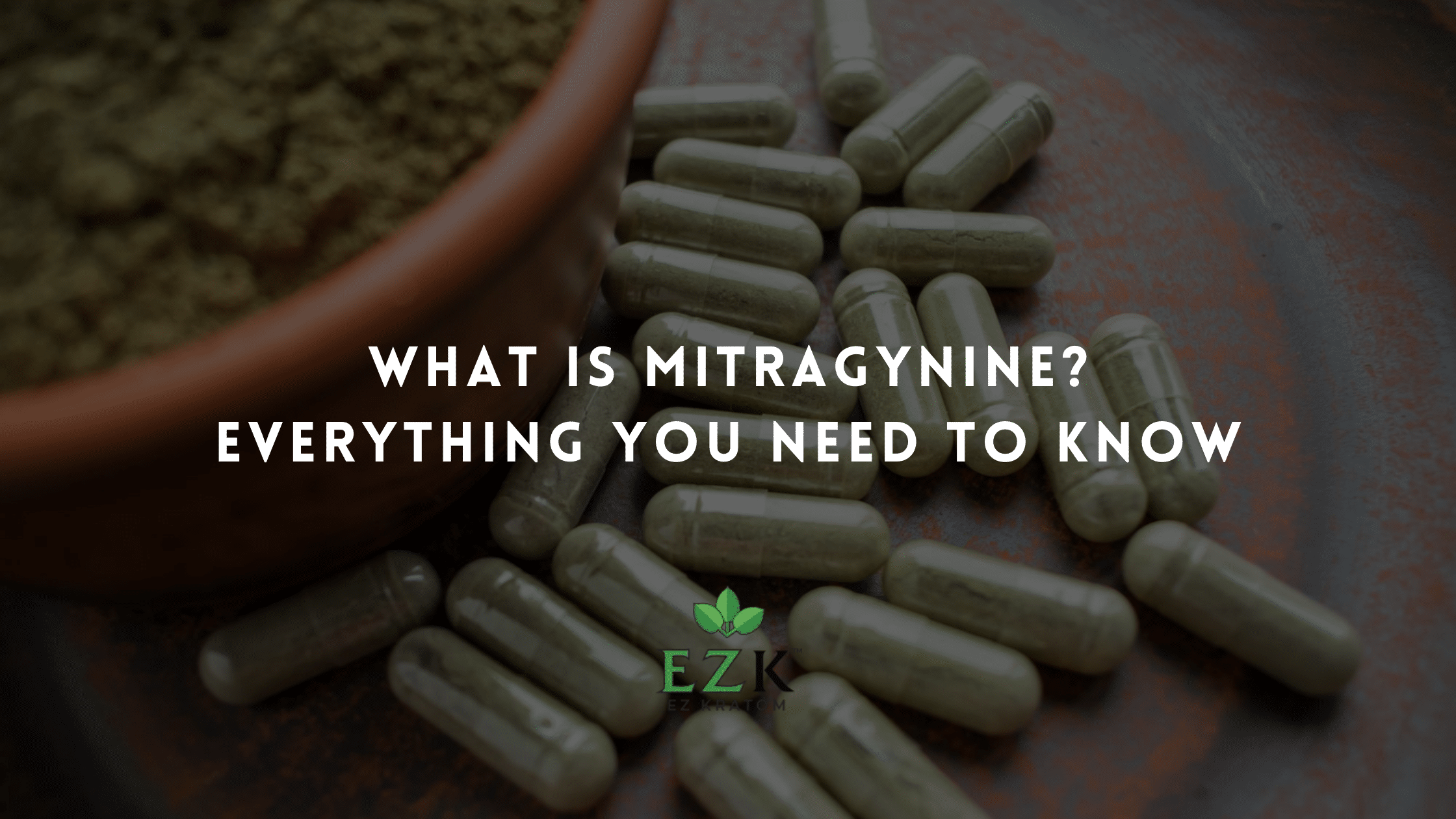 The explosion of naturally-derived supplements is at its peak. Indeed, sales of a popular type of natural supplement hit a whopping $5 billion in 2019. Increasing interest in these types of products is also driving another space: kratom.

Kratom is a natural substance. It has many active compounds, one of which is known as mitragynine.

We have you covered with this guide to mitragynine and why it’s important. Ready to dive in? Then keep reading for the full down low.

Only three families of plants are known to produce these compounds. They are:

Most monoterpenoid indole alkaloids are chemically derived from a compound called tryptamine and a carbon-based compound that stems from terpenes. Terpenes are the flavor and aroma compounds found in plants. They’re also the main ingredients in essential oils.

So, why does all of this matter in relation to kratom? Mitragynine or, more specifically, Mitragynine-psuedoindoxyl is the primary active ingredient in kratom. The longer a kratom strain ages, the more of this compound is present.

Where Does Mitragynine Come From?

Mitragynine comes from kratom. And kratom is sourced from the leaves of a tree that grows in Southeast Asia, Mitragyna speciosa. This tree is an evergreen that is part of the Rubiaceae family, the same family that includes the coffee bean plant.

Mitragyna speciosa is a tropical tree, which is why it’s most commonly found in places like Thailand. Myanmar, Malaysia, Indonesia, and Papua New Guinea also have their own versions of the kratom tree. Depending on where harvesters get it, kratom comes in different strains.

For example, Borneo is a moderate strain of kratom, meaning it provides average-acting effects that are Goldilocks-approved— neither too potent nor too weak. As its name suggests, Borneo strains come from the Southeastern Asian island of Borneo.

Here are a few other traditional uses of mitragynine:

Additionally, ancient peoples have picked and still do pick kratom for its mood-boosting and exhaustion-eliminating qualities. Still, kratom has exploded into popular culture and even scientific research.

Check out the effects of kratom that are being researched today.

The Effects of Mitragynine

Mitragynine works on the opioid system. While its exact mechanism of action isn’t well understood, researchers do know this compound influences μ-opioid receptors. It’s a partial agonist, which means mitragynine binds to μ receptors and incompletely activates them.

Like the entourage effect in cannabis, the different indole alkaloids in kratom may influence each others’ effects. This may be why mitragynine isn’t the only active ingredient that influences the effects of kratom.

Opioid receptors aren’t the only system mitragynine influences. It also interacts with α2-adrenergic receptors, which are responsible for the release of adrenaline.

When opioid and adrenergic receptors get activated, this leads to a whole host of effects. We’re talking about three of those effects below. So, check it out.

Ancient people first started harvesting kratom to use against pain. Since we now know that mitragynine works on the opioid system, it’s no wonder. After all, the opioid system is known to influence the perception of pain.

The following kratom strains are associated with pain:

Mitragynine isn’t the only compound in kratom that does this, though. 7-hydroxymitragynine is a byproduct of mitragynine, and it activates the same receptor as does mitragynine alone.

Because mitragynine works on the same receptors as do opioids, scientists have looked into kratom as a treatment for opioid withdrawals. This is a promising area of research, especially since opium overdose kills 128 people every day in the US.

Researchers think the fact that kratom doesn’t completely activate μ-opioid receptors may influence opioid addiction. Effectively, kratom would make it more difficult for opioids to bind at these receptors.

Yet, perhaps a more promising line of investigation is into kratom’s use for opioid withdrawals. Like methadone maintenance, mitragynine could offer relief from withdrawals without causing further addiction. We need more research to be sure, though.

Yes, you read that heading right— Kratom can be both stimulating and relaxing. It all depends on which strains we’re talking about and how much kratom we’re talking about. Considering it’s in the same family as coffee, this should be no surprise to you.

Kratom is perhaps most well-known for its euphoria. Euphoria is the “high” people report from this natural substance. It’s also responsible for kratom’s mood-elevating qualities.

Otherwise, people report that White Vein Borneo strains tend to be energizing at both ends of the spectrum. Malaysian kratom strains tend to improve memory and boost focus. And Thai and Maeng Da are classics— they influence attention span and memory.

Wholesale Kratom for Your Customers

Mitragynine is one of the active compounds in the Mitragyna speciosa tree AKA kratom. Research into this compound is still underway. What we know so far, though, is that this compound may affect pain, some withdrawal syndromes, and energy levels.