Know the Law: Is Kratom Legal in Illinois? 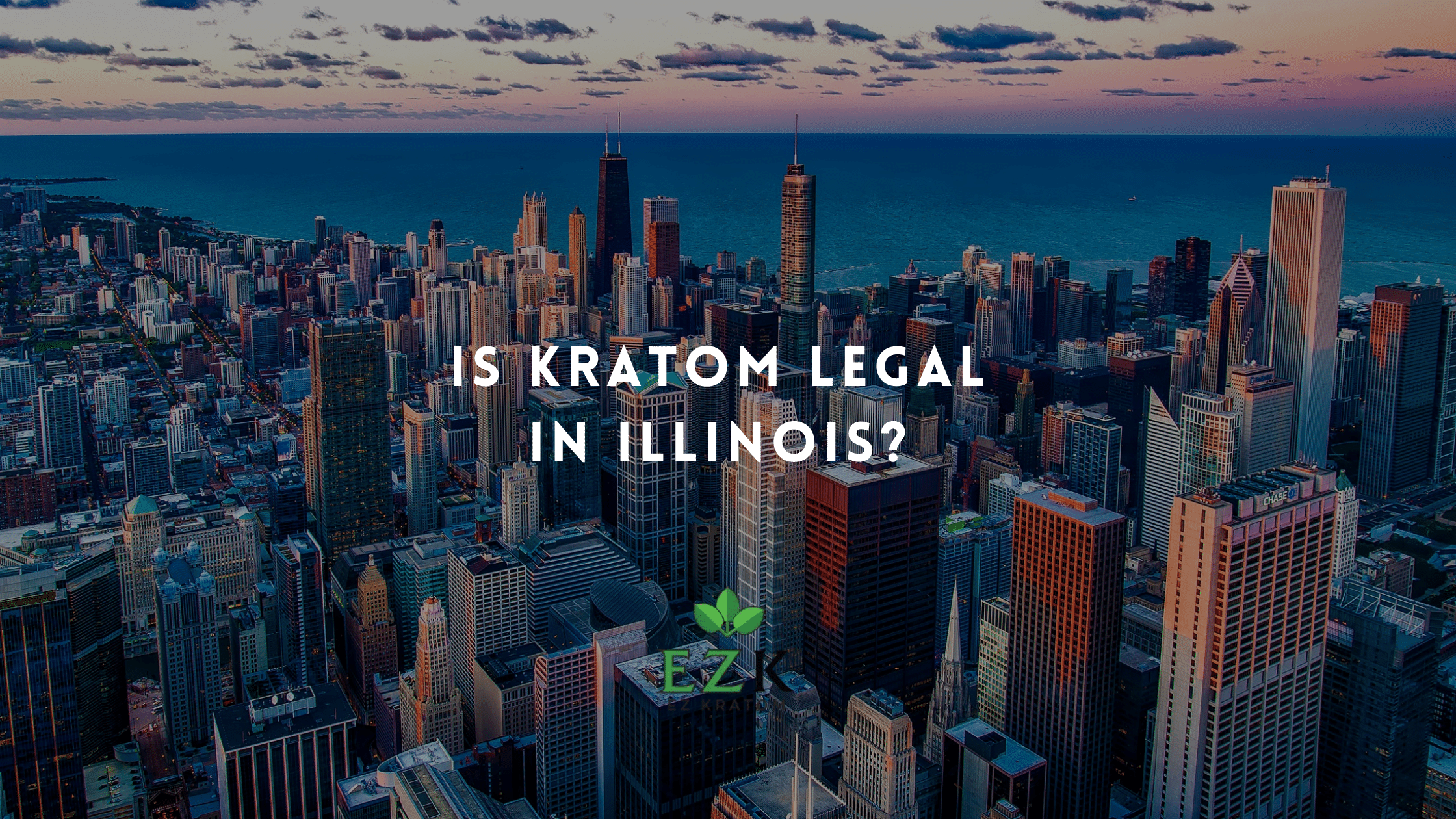 Like many alternative plants, kratom is on the radar of FDA officials. Accordingly, it’s vital to know kratom law in Illinois if you plan to offer the product for sale.

If you’re considering opening a kratom store, you may wonder, “Is kratom legal in Illinois?” In Illinois, kratom is legal, but not everywhere. One state representative did try to ban kratom in the state.

Officials in those cities express that they imposed the band based on health-related information. Also, members of the community spoke out in favor of banning kratom in those areas. However, officials admit that they don’t know a lot about kratom.

To learn whether kratom is illegal in Illinois, continue reading.

Is Kratom Legal in Illinois?

Kratom is legal to buy, sell, and possess in Illinois, except for four cities. Those cities are:

Jerseyville and Alton banned kratom in 2018. Glen Carbon and Edwardsville followed suit in 2020.

In the areas where officials have banned kratom, you also cannot possess the product. For example, you can’t buy kratom in one city and travel through or bring it into these areas.

The subject of the legality of kratom is stirring up some controversy in the state. Only recently, two cities in Illinois added kratom to its banned list of substances.

Some time ago, the DEA recommended the banning of kratom across the US, and it was illegal for a short time. However, public outcry compelled the DEA to reverse the decision.

Kratom Laws Across the US

There is considerable controversy regarding kratom in Illinois. With the legal wrangling surrounding the product, you might wonder, “Is kratom legal in Illinois?”

There are two bills pending regarding kratom in the state. One bill proposes banning kratom, while the other proposes regulating kratom.

However, this happens frequently with kratom. Legislators will introduce a bill regarding regulating or banning kratom. Often, however, those bills will lose steam and fall by the wayside.

Officials across the United States are discussing the status of kratom. However, there’s currently not enough information for them to make an informed decision about it.

For now, kratom continues to remain legal in most of the United States. Meanwhile, researchers continue to study the long-term effects of kratom.

Still, kratom is illegal in six states across the country. These states restrict the consumption and possession of kratom.

However, that’s not the case in Illinois. There, you can buy, carry, and possess kratom and any of the cities where it’s not banned.

For the most part, kratom legality hinges on the outcome of scientific research. The same applies in Illinois and across the United States. So far, researchers have not released a significant case for or against kratom.

For now, kratom is legal in Illinois. However, that could change. Accordingly, it makes sense to stay informed about changing kratom laws if you’re a retailer.

Watch Your Step in Illinois!

If you’re selling or buying kratom in Illinois, it’s important to know the locations of the four cities where it is illegal. You must make sure that your dealings do not result in shipping or handling goods in those areas.

It’s worth reemphasizing not to enter the cities with kratom in your possession. The possession of kratom and any of these cities is a crime. It can lead to fines or jail time.

It’s important to know the origin and quality of kratom that you sell. Quality kratom has greater alkaline content.

The alkaloid content is most likely the most important part of the plant. It’s what gives kratom the desired qualities.

When it comes to purchasing quality kratom, everything is important—from the farming process to the manufacturing process. For this reason, it’s important to understand the origin of your supply.

Certain kratom farms maintain excellent quality control practices. You want to ensure that you purchase kratom from a supplier that purchases from these farms.

It’s never a good idea to purchase kratom from a random supplier. Many kratom suppliers sell products that they’ve never tested. They have no way of knowing the origin of their products or the quality of their kratom.

Accordingly, it’s essential to find a store that utilizes third-party testing. Without testing, there’s no way to prove the origin or quality of kratom products. Furthermore, you’ll have no idea whether you’re purchasing authentic kratom.

A Trusted Vendor for Your Kratom Supply

Now you know the answer to the question, “Is kratom legal in Illinois?” What you need now is a trustworthy, reliable supplier.

Today, kratom is a hot, new market. Resultantly, several companies offer kratom for sale. However, it’s important to choose a supplier that operates with integrity.

EZ Kratom is your source for fairly priced wholesale kratom. However, EZ Kratom offers more than a great price—we also make it a priority to stock high-quality kratom.

At EZ Kratom, you can rest assured that you’re investing in a top-quality product. We continually test our supply using third-party labs. Resultantly, we take the hard work out of finding a great kratom supplier.

Please feel free to browse our wholesale kratom inventory. If you’d like to arrange bulk pricing or have questions about different kratom strains, our kratom experts are standing by and ready to set up your account.