Is Kratom Safe? Here’s What You Need to Know 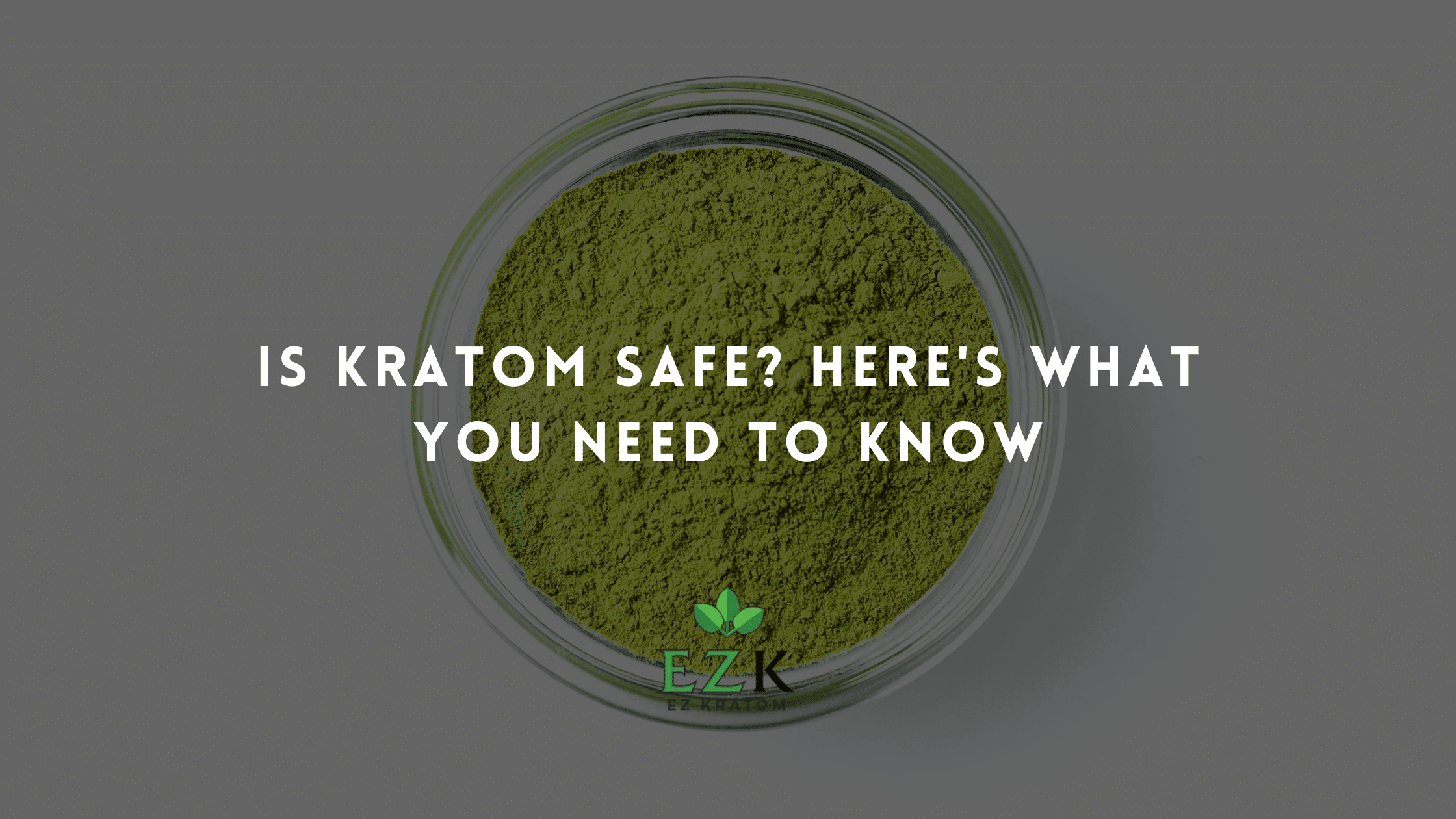 Kratom continues to become a staple a many supplement stores throughout the United States. But as with any product, you have to wonder is kratom safe? Well, there is a reason why more people are buying wholesale kratom for their stores.

Here’s everything you need to know about whether kratom is safe or not.

What Is Kratom and What Is the History of It?

Kratom, otherwise known as Mitragyna speciosa, is a tropical tree that is found in many South Asian countries. The most common of these countries being Thailand, Myanmar, and Malaysia. With each region and country comes different versions of kratom.

Kratom leaves have been traditionally used for centuries for those who were going out to hunt.

Kratom was loved among workers and physical laborers for both use in the day and night.

Because of the dual nature of kratom, kratom was a staple for many in these countries.

The active ingredient in kratom, mitragynine, seems to be the key reason why it is so popular in ancient civilizations.

Mitragynine was so popular, that ancient peoples would even use it topically.

This practice is still carried on in South Asian countries, where people will use the leaves for a variety of alternative medicines.

Here in the United States, kratom is legal in 44 of the 50 states. The only states to have banned kratom are Alabama, Arkansas, Indiana, Rhode Island, Vermont, and Wisconsin. While they are banned here, it should be noted that there are current petitions to expand the legality of kratom in these states.

Other than those states, kratom is legal for those to buy and posses. There are a few counties within the 44 states where it is not legal, so be sure to check your local laws on the supplement. This can raise the question, how safe is kratom?

If it is legal in your state, make sure to only buy wholesale kratom powder from a reputable source. The reason kratom can become illegal is because of untrustworthy sites that are giving inaccurate labels and claims. Always look for a money-back guarantee on wholesale kratom, to ensure you are getting a great source of kratom to resell.

Thanks to the rise in popularity of kratom, new strains of the powder are being developed daily.

Strains like White Horn Kratom are the youngest and least mature of the kratom leaves. White Horn Kratom is actually entirely different, because of the shape of its leaves. So rather than just being from another region, it changes the entire makeup of the leaf.

Then there are strains like Green Vein Kratom, which are considered more mature and ripe for the picking. The longer a leaf sits on the tree, the longer it can receive nutrients from it. This increases the active ingredient within kratom.

The most popular version of Green Vein Kratom is the green vein variant of Maeng-Da kratom. This is the one that most shops will pick up first. It originates in Thailand.

There are also other Indo Kratoms, which thanks to their precise harvesting, have the highest concentration of 7-hydroxy mitragynine for Green Vein Kratoms.

Red Vein Kratom is the most mature of the kratom leaves. They are left to ripen and collect the most amount of nutrients from the tree itself before being harvested. By doing this, they contain the highest amount of active ingredients, specifically converting mitragynine into 7-hydroxy mitragynine.

The most popular of the Red Vein Kratoms is also Red Maeng-Da Kratom. This version is sourced from Indonesia, and because of the specific type of harvesting and drying methods, contain the highest number of active ingredients.

Yellow Kratom veins are relatively new, as they need a new drying process to be formed. The process includes taking a Red Vein leaf, introducing the new drying process, and helps create a unique aroma and differently alkaloid makeup.

The variety of different strains and benefits make it a perfect reason to carry multiple different types of kratom at your store. Having just one type of kratom on hand can make it hard to sell to others who are requesting kratom for a specific issue. Always try to keep a variety on hand to increase customer satisfaction.

Is kratom safe? So far, the research shows it should be okay to sell in stores in most states. Any supplement store is more than happy to purchase wholesale kratom powder. Do keep in mind that kratom powder is not meant for human consumption.