Is Kratom Legal in Florida? 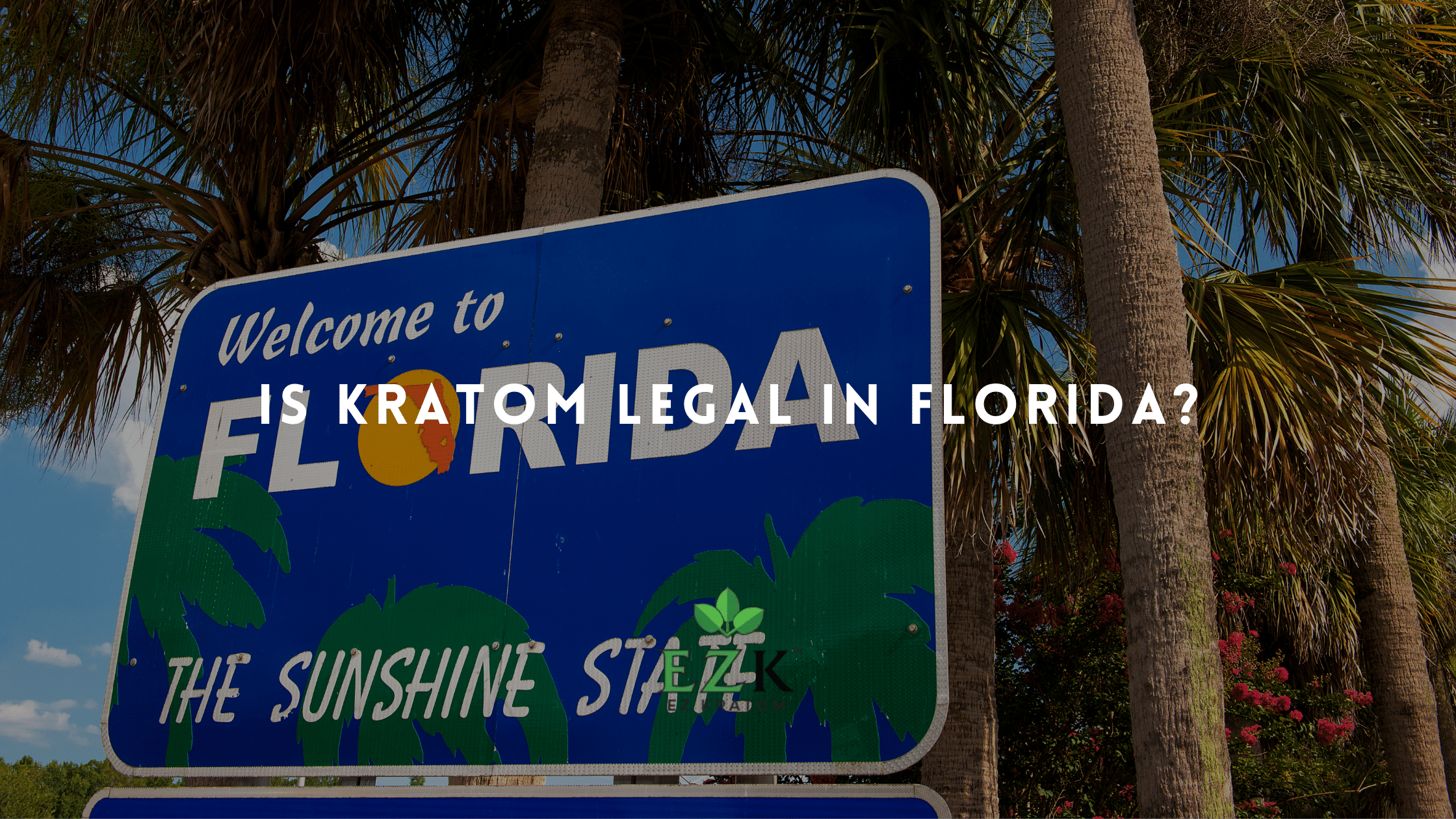 The American Kratom Association (AKA) recently announced there are over 15 million Americans using Kratom.

One of the first questions people ask is whether Kratom is legal?

Or if they live in the Sunshine State, is Kratom legal in Florida? Keep reading below to learn about what Kratom is, whether it’s legal in Florida, why other states have banned it, and what research is being done on the substance.

This guide will ensure you learn everything you need to know about Kratom in Florida.

What Is Kratom Exactly?

If you live in one of the states where Kratom is now legal, then you’ve probably noticed more local head shops advertising it in their window. So what is it exactly?

Kratom is a substance derived from the leaves of the Kratom tree, known as Mitragyna speciosa. The tree is native to Southeast Asia and has a long history in countries like Thailand, Malaysia, Vietnam, and Indonesia.

This substance has not been approved by the U.S. Food and Drug Administration (FDA).

There is a long tradition of Kratom use in Southeast Asia.

Kratom is closely related to the coffee tree and the leafy plants grow four to 16 meters high. It’s later harvested by farmers into a powder or resin.

The concentrated powder is produced by crushing up dried Kratom leaves. For the resin, they add the powder to water and lemon or lime.

When available in the store, you can purchase Kratom as an extract, dried leaves, or Kratom capsules.

The Big Question: Is Kratom Legal in Florida?

Some controversy has surrounded Kratom in the United States. As we stated earlier, there has been no significant research to support the word-of-mouth support of this substance.

Kratom is currently legal in most states including Florida. Sarasota County is the only place in Florida that bans Kratom. Being caught there with Kratom carries up to 60 days in jail and a $500 fine.

On a national level, Kratom is banned in Alabama, Arkansas, Indiana, Rhode Island, Vermont, and Wisconsin.

It’s important to note that like Sarasota, some counties can choose to ban Kratom even if the rest of the state allows it to be sold. You should always check your county laws to make sure they aren’t different than your home state.

Kratom has grown in popularity in the United States alongside CBD.

The Drug Enforcement Agency (DEA) attempted to criminalize Kratom in 2016, scheduling it as the same class of drugs as marijuana, but the move stalled. Any federal ban would have a negative effect on current research.

Why Have Some States Banned Kratom?

Many people are excited about the idea of Kratom being a natural substance derived from plants, yet more research is needed to label it.

This highlights the importance of purchasing Kratom from a reputable supplier.

Kratom’s properties comes from the plant’s unique alkaloids: Mitragynine and 7-hydroxy mitragynine. On top of that, it also contains about 40 different alkaloids.

We’ve been talking a lot about more research being done on Kratom, let’s now discuss what scientists are currently working on.

New products like Kratom and CBD are getting the attention of hundreds of researchers around the world.

They recommended that more needs to be learned about the substance.

A generous grant has allowed the University of Florida to increase the size of the research team and invest in new technology to test even more Kratom.

Looking for a Place to Buy Kratom?

As we said above, it’s important to buy Kratom from a reputable supplier. As an unregulated natural substance, the chances are higher of buying contaminated Kratom as a scam.

You should also check your state and county laws before purchasing Kratom. And to answer your question: is Kratom legal in Florida? Absolutely, with the exception of Sarasota County.

Browse our Kratom inventory or contact us to find out what we can do for you.