Is Kratom Legal in California? Here’s What You Need to Know 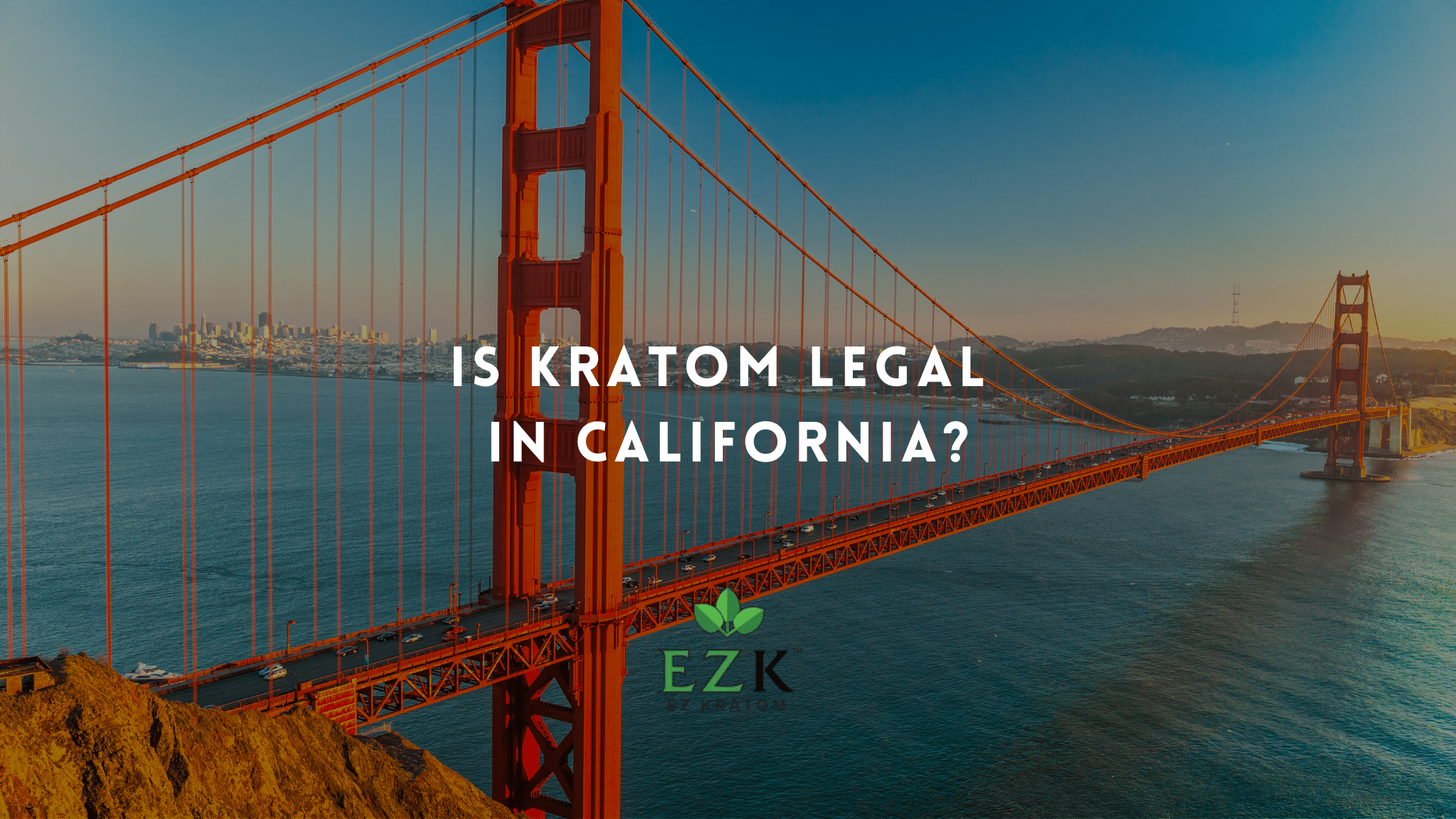 If you’ve been considering selling kratom in California, it’s important to know about the laws surrounding the product.

California has a reputation for taking a liberal stance when it comes to homeopathic remedies. For example, California was the first state to legalize medical marijuana.

However, there’s more to kratom’s legality in California than the state’s views on kratom. There, both kratom advocates and opponents are taking a very active role in the law by making their opinions heard.

Is Kratom Legal in California?

The answer to the question, “Is kratom legal in California?” is yes. There is no classification for kratom in California—except for San Diego. In 2016, the city of San Diego listed kratom as a Schedule I Drug.

Nevertheless, kratom is legal across most of the United States. In 2016, however, the federal government banned it across the nation briefly.

It’s believed that the San Diego ruling is a holdout from that brief ban. Both the city of San Diego and the US Drug Enforcement Administration (DEA) banned kratom at the same time. The DEA, however, descended expand shortly after issuing it.

Now, there’s no state law regarding kratom in California. As a result, it’s legal there to purchase kratom and own kratom plants.

Furthermore, commercial enterprises can make and sell kratom. They can also distribute it across the state.

Like any other product, kratom will most likely remain legal as long as it doesn’t create a threat to public health. For now, officials will most likely judge any incident involving kratom on a case-by-case basis.

California’s laws regarding kratom align with that of the rest of the United States. However, it’s still important to choose a quality supplier.

Kratom trees grow naturally in Southeast Asia, Thailand, Indonesia, and other areas along the Pacific Rim. To grow kratom in California, however, you need fresh seeds.

There are kratom seed vendors. However, the likelihood of purchasing viable seeds for planting is low.

Kratom seeds cannot reproduce shortly after harvesting. The only way to access fertile kratom seeds is to travel to South East Asia, where the trees grow naturally.

Once you purchase your seeds, you’ll need to head back to California immediately. However, even if you were to do this, there’s no guarantee that your seeds would survive.

Kratom trees grow remarkably well in their native regions. There, the soil provides the conditions that kratom trees need to thrive.

To grow kratom in California, you’ll also need soil with high levels of humus. Also, you must have fertile soil with a pH range between 5.5 and 6.5.

Overall, it would prove extremely difficult to grow kratom outside of its natural environment. For this reason, most people find a reliable kratom supplier online.

Finding the Best Kratom in California

If you sell kratom, it’s important to research your supplier before buying kratom in California.
Many shops sell kratom. However, few shops test their products to ensure that they’re top-quality.

For this reason, they have no way to verify the origin of their product. Nor can they verify its quality.

When choosing a supplier, it’s important to select a kratom vendor that utilizes third-party analysis. When a supplier provides third-party test results, it shows that they care about their clients.

Accordingly, it’s better to purchase kratom from a supplier that can provide you with a certificate of analysis. Also, look for a kratom supplier with good online reviews.

Ultimately, farming practices determine kratom quality. This point is what makes the origin of kratom so important. By researching your kratom supplier’s source and quality, you can ensure that you have premium goods to sell your customers.

There’s not much news about advocacy for kratom in California. Most likely, this is because the state has a lax attitude toward alternative medicines.

However, the American Kratom Association is working toward legalizing kratom in the city of San Diego. They’re also monitoring the legality of kratom and other areas where the product is banned.

A top concern of the association is that the Food and Drug Administration spreads biased details about kratom. The group urges kratom supporters to follow state kratom laws in 2020.

At the same time, however, it also compels supporters to connect with local legislators to legalize kratom where needed. Ultimately, the American Kratom Association wants consumers to have the right to choose kratom as an alternative if they so desire.

Now you know the answer to the question, “Is kratom legal in California?” All you need now is a reputable supplier. At EZ Kratom, it’s our mission to provide reasonably priced, high-quality kratom. We specialize in servicing kratom retailers.

EZ Kratom takes the guesswork out of finding quality kratom for your customers. We maintain strict quality control standards and provide third-party testing. With EZ Kratom, you can expect nothing less than the best quality kratom on the market.

Please feel free to browse our inventory of wholesale kratom goods. If you’d like to arrange bulk purchasing, you can reach an EZ Kratom representative at (727) 398-7121 or connect with us online.