Everything You Need to Know About Kratom Legality in New York 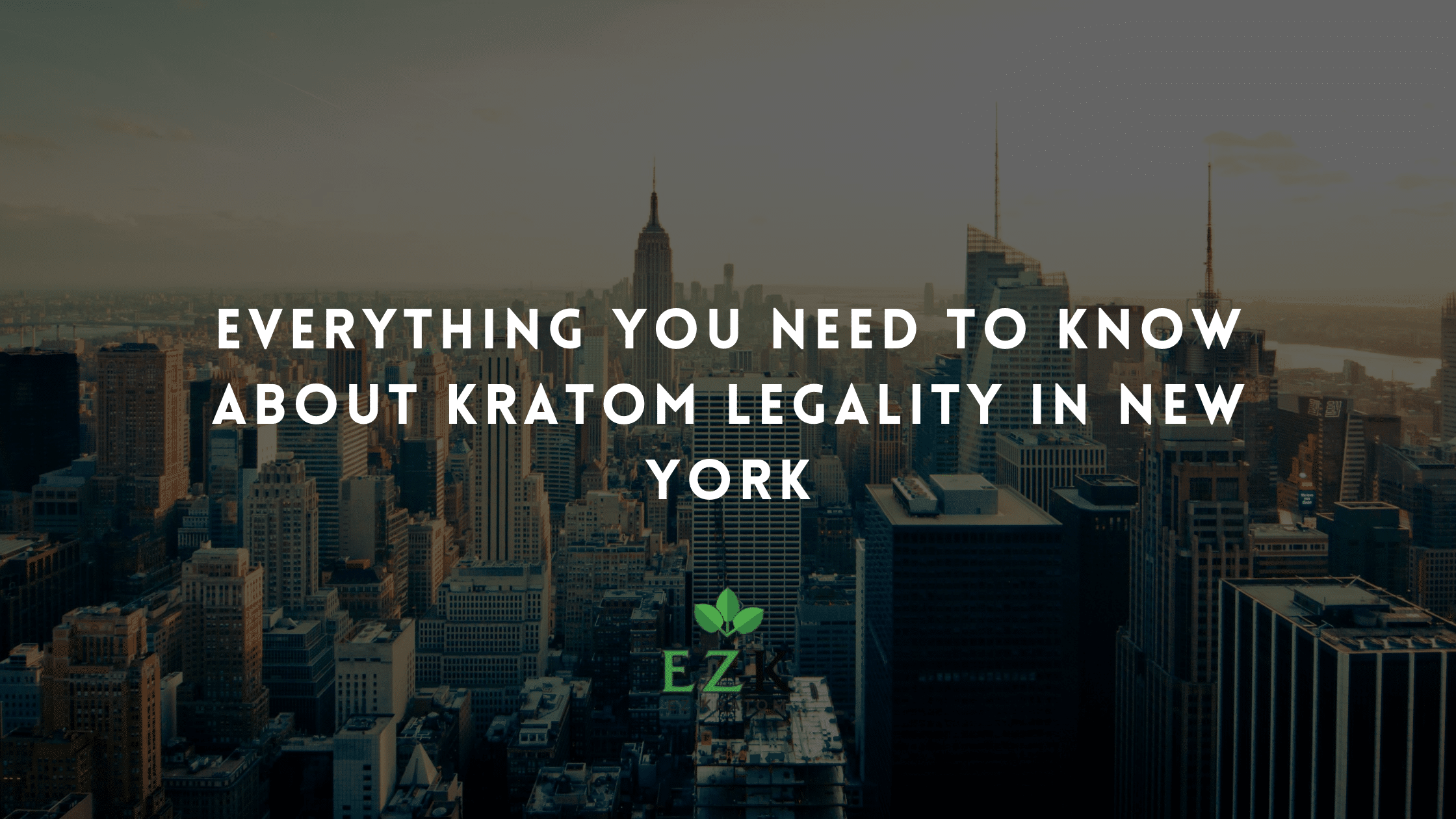 Like CBD oil and copaiba, kratom promises to be the next highly sought after item on the market. Is it legal, though?

The answer depends entirely on where you live. Kratom legality, like the legality of lots of things, varies wildly from state to state. What’s legal in California may be a punishable felony in Illinois. And what about New York?

If you’re a New Yorker and you’re interested in kratom, here’s an easy guide on everything you need to know about its availability, and legality.

Kratom—also known by its scientific name, Mitragyna speciosa—is a small, evergreen tree that grows in Southeast Asia. People in this region have used this member of the coffee plant family in numerous ways since they first discovered it thousands of years ago. These uses include everything from religious ceremonies to healthcare.

Field workers would choose kratom to promote a sense of well being. When the leaves are finely ground into a pulp, they can be placed in capsules.

Other Uses for Kratom

The aforementioned uses are pretty specific to Asian traditions. Other countries that have adopted kratom have imported it for purchase and sale.

No matter the method, people who enjoy to kratom advocate for quantity and quality both online and in kratom inner circles.

As of August 2020, the United States federal government has not passed any legislation banning the purchase, or sale of kratom. That doesn’t mean the American medical community approves of it, however.

Ever since kratom gained popularity in Western markets in the early 2010s, the FDA has issued multiple warnings against using it. These include an order to seize several tons of material from docks in California.

Currently, the FDA strongly advocates against it. Their main concerns are of note and consideration when shopping for kratom online or in your local store. However, there are many states where Kratom is legal for purchase and sale.

Based on this guidance, 6 states in America have outright banned the purchase, sale, and possession of kratom. Another 18 have pending legislation related to kratom restrictions. This means that kratom is legal in only a little over half of the United States. Even then, a number of counties and cities in states that have legalized kratom still ban it outright.

Kratom Legality in the State of New York

If you live in New York and you’re still interested in purchasing some kratom, you’re in luck. As of January 2018, the sale, purchase, and possession of kratom are legal throughout the state. All provisions are covered without restrictions under New York Senate Bill 6924.

That said, both buyers and sellers must have a valid government ID to make any transactions involving the plant. This ID must also prove that the person it belongs to is 18 years of age or older.

It’s also worth noting that, while kratom is perfectly legal for now, New York is one of the states with pending kratom legislation that may make it more difficult to access.

Where to Buy Kratom

Sourcing kratom yourself Papua New Guinea, Indonesia, or one of the other few countries where kratom is native can get expensive and time-consuming in a hurry. Just because it’s unique doesn’t mean it’s impossible to find.

The best place to buy high-quality, authentic kratom is your local CBD shop. Although kratom isn’t directly related to marijuana, the plant from which CBD oil is derived, their similar customer base means they’re often sold in the same stores.

If you’re looking to purchase kratom locally, natural shops are a great place to start your search. If you’re having a tough time finding a local brick and mortar store that carries it you may want to buy kratom online.

Finally, in states where recreational marijuana use is legal, you can buy kratom from dispensaries. These kinds of shops are the most likely to have an all-natural, ecologically sustainable kratom. They’ll also have a much wider variety.

Whether you’re talking about kratom legality or the many ways that people purchase kratom throughout the world, it can be a touchy subject. If you want to make sure you’re getting accurate, non-biased information, you have to find a reputable source you can trust.

EZ Kratom is that source. No matter your needs, we’re here to give you all of the information you need on kratom. We also sell a wide variety of kratom powders and extracts.

To learn more, check out our blog.